Life after an EMP event will be extreme so prepare now 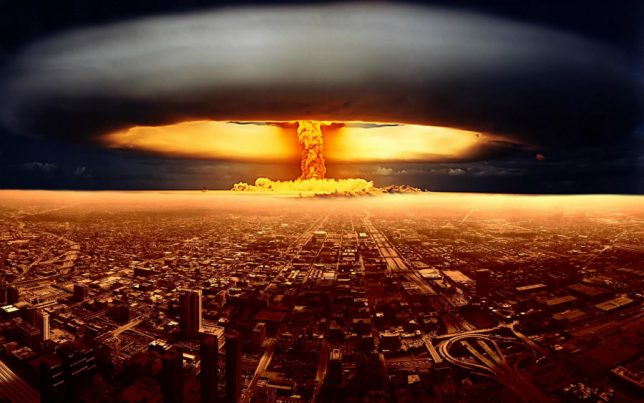 (Bugout.news) An electromagnetic pulse event – whether manmade (airborne nuclear explosion) or naturally occurring (a massive sunspot) – is a very real possibility, say the experts, but despite that most Americans are completely unaware of the damage such an event can cause.

Federal agencies have said that an EMP attack could disable the nation’s power grid for months. Most plants use diesel powered generators for backup power to the water pumps in the cooling pools, and there is only about 17 days’ worth of fuel stored at each site.

But, as Natural News reported in April 2014, civilians around the world are not ready for the catastrophic effects of an electromagnetic pulse (EMP) type of event that would cause widespread electrical blackouts, though such blackouts could be preventable.

One expert, Peter Vincent Pry, the executive director of the Task Force on National and Homeland Security and director of the U.S. Nuclear Strategy Forum – both of which are congressional advisory boards – has said that hardening the nation’s technology to protect it against an EMP disaster is imperative, as well as is upgrading the power grid, is financially viable, but Congress doesn’t seem interested.

So, with so much inertia and dysfunction in Washington these days, it only makes sense to not wait for a solution from Congress. Prepping for EMP is up to each of us.

Pry and other experts estimate that, in the first few minutes following an EMP event, perhaps as many as 500,000 people would die. That is the worst-case scenario that author William R. Forstchen estimated in 2011, but you can imagine the chaos that would ensue.

EMP events would essentially “fry” all electronics – cell phones, your automobile’s electronics, airplane avionics, etc. And no electricity means that everything about your everyday life essentially changes (or ends outright). There won’t be a job to go to; water purification plants cease to function; the banking system is gone (and all of your assets as well since everything is digitized); grocery stores and other shops will be looted; crime will be rampant; people will be killed.

Think of the recent riots in larger cities following local events, and times them by 10,000.

And the government knows all of this. As reported by the website End of the American Dream, a federal report noted: “The consequences of lack of food, heat (or air conditioning), water, waste disposal, medical, police, fire fighting support, and effective civil authority would threaten society itself.”

And The Wall Street Journal noted in 2004: “No American would necessarily die in the initial attack, but what comes next is potentially catastrophic. The pulse would wipe out most electronics and telecommunications, including the power grid. Millions could die for want of modern medical care or even of starvation since farmers wouldn’t be able to harvest crops and distributors wouldn’t be able to get food to supermarkets. Commissioner Lowell Wood calls EMP attack a ‘giant continental time machine’ that would move us back more than a century in technology to the late 1800s.”

Could you live like our ancestors did 150 years ago, before electricity transformed the world?

Per The End of the World blog, here are some stark facts:

— The United states has exactly enough wheat reserves for ½ a loaf of bread for every man, woman and child

— The average piece of food must travel 1,500 miles before it reaches the consumer

— Weather anomalies are on the rise, leading to crop failure and higher food prices

— The average American saves only $392.00 per year and is $117,951 in debt, which includes credit cards, installment loans, home equity loans, and mortgages.

As noted by the Heritage Foundation, there was an event in 1977 that serves as an object lesson in what would happen if an EMP event were to occur:

A good model for this potential disorder is the New York City blackout of 1977. On July 13, 1977, two lighting strikes caused overloading in the electric power substations of the Con Edison power company… This blackout lasted only one day, yet resulted in widespread looting and the breakdown of the rule of law throughout many New York neighborhoods. The estimated cost of the blackout was approximately $346 million, and nearly 3,000 people were arrested through the 26-hour period. The blackout in New York City resulted in an immediate breakdown of the social order. The police were outmatched and had no chance of stopping such massive theft, largely having no choice but to stand by watching the looters from a distance. In North Brooklyn, a community of more than a million residents, only 189 police officers were on duty. The New York Police Department was completely overwhelmed in its efforts to preserve order. The social order degenerated so quickly that Time magazine called it a “Night of Terror.”

Experts have warned that an EMP attack from a nuclear missile — considered a very real risk by experts — or solar activity could knock out power to large swaths of the country and world, and for months or years at a time. And while ordinary Americans might be able to do little to prevent one, they can certainly take the time now to be prepared with storage of their own food, water and provisions, rather than relying on them government to provide for them when society breaks down.

What should you do following an EMP attack? Here are some tips, via Sovereign Survival:

— First and foremost, try to remain calm, even if everyone around you is freaking out. The calm think clearly and, hence, have a better shot at surviving.

— Spend whatever cash you have on hand on food and supplies, while you can still get them.

— Do your best to assess the situation – how bad? How widespread? Is anything still operable?

— If you’re at work, try to get home; if you’re at home, it may be best to remain there, where you have food, water and shelter. Later, when the worst of the initial chaos has died down, you can begin thinking about making your way to your pre-determined bugout destination.

— Find some non-electrical transportation (like a mountain bike) for getting around.

— Get more water while you can. Fill bathtubs, spare empty containers, etc.

— Eat your perishable foods first, and begin rationing the rest of it.

— Think about how you’re going to defend yourself and your stores.