After Paris attack, now is the time to get out of your city if you can 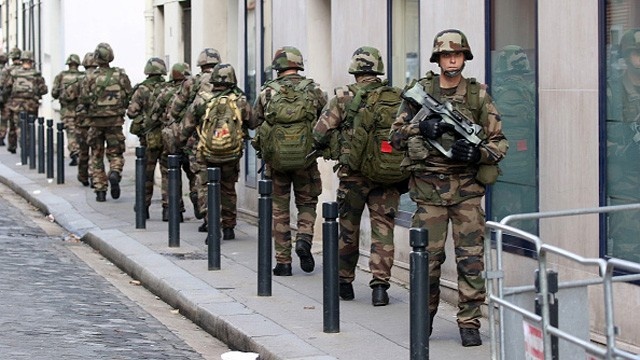 (Bugout.news) By now nearly everyone is aware of the tragedy that unfolded recently in Paris, France, where terrorist operatives from the Islamic State of Iraq and Syria butchered more than 130 people in six different locations using military-style weapons and explosives.

For days thereafter, Americans who still vividly remember what they were doing when less than two dozen committed terrorists attacked the Pentagon and brought down the World Trade Center mourned with France and other Western nations, many of which are either under assault from waves of mostly Muslim refugees or are themselves being targeted by ISIS.

In recent days we’ve all been treated to a series of headlines and stories that indicate terrorist elements may be on the move again in our own country, which was threatened with new attacks by ISIS militants before all of the bodies were even accounted for in Paris.

But many likely missed one story that really caught my eye because it was obscure: this one from the local CBS affiliate in Washington, D.C., regarding a “suspicious package” that was reported to police.

“Commuters are experiencing major traffic delays Thursday afternoon after police closed off the 14th Street Bridge due to a suspicious package,” the lead went. The discovery of the package – and the subsequent investigation of it – caused traffic to “significantly back up” on I-135, a local interstate.

What’s the big deal, you ask?

Just this. Many Americans make a conscious effort to believe that the terrorist enemies we face aren’t the brightest people on the planet, perhaps because of where they live or maybe because some of them allow themselves to be talked into strapping on a vest full of explosives and blowing themselves up for a religious cause. But they believe this because it’s like comfort food to them – it makes them feel good about themselves, even if they suspect that, deep down, it’s not healthy.

The terrorist enemies we are facing are much more sophisticated than many know. They have studied us and they continue to study us. By monitoring social media, our regular news media and other open sources, they can learn and have learned a great deal about things like how we react to certain situations and conditions, what sorts of emergency measures and countermeasures we employ in certain situations, what motivates us and, sadly, what frightens us, and so on.

Hence, the “suspicious package near the bridge” story. If you don’t think terrorists learn from incidents like that, think again. They do.

But besides learning what scares us and how we react to such things, you know what else they learn? They learn our vulnerabilities. They now know, for example, that putting an explosive device in an open place where the general public sees it is likely to mean it will be discovered long before it detonates. Also, they now know what a chokepoint that particular stretch of road is for Washingtonians and those who live in the surrounding areas.

Our terrorist enemies learn all kind of things like this, virtually everyday, and from all parts of our country. They learn and they document. And they plan.

There is no question that ISIS operatives are already in the United States (another great source of information to help the master planners in Iraq and Syria devise ways to kill us and create havoc within our country). There is little doubt among serious people that the organization will strike again, and soon – and perhaps within the confines of an American city.

Our defense and intelligence agencies and institutions have thought of all kinds of ways these terrorist operatives can, and likely would, attack us (though they probably haven’t thought of everything – almost no one saw what al Qaeda did on 9/11 coming). They have actively war-gamed such scenarios, up to and including live drills in our major urban centers.

But let’s face it. Our government – local, state and federal – cannot protect us 100 percent of the time. And the terrorists only have to be right one time to wreak chaos. If they pull something like a Paris-style attack in, say, New York City or Washington, D.C., or St. Louis, or Los Angeles, how do you think federal and state governments will react?

I think you know.

There will be lockdowns, and curfews, and door-to-door searches. There may be strict impositions of new gun control laws (which would be the dumbest thing of all) and suspension of basic civil rights.

In short, your way of life will have effectively ended, and there is no telling when such measures would be lifted, or if they ever would be, at least in the near term.

The point in all of this is simply that American cities may offer lots of opportunities for advancement and a better life, but they also offer many opportunities for our terrorist enemies to harm us physically and to harm our democracy. If you don’t live in a major city, though, you are much more likely to avoid both.

So now, while our terrorist enemies are moving their chess pieces into position, it’s a great time to get out of the city. Find a way to earn a living without having to put yourself at risk in a major urban center everyday. Invest in some land. Obtain some back-up financial instruments. Stock up on basic supplies and water. And while you should not live in fear, begin living diligently.

Because the storm’s coming, and when it does, life in America as we know it will be over. If you’re tethered to a big city – especially a city that is struck – you’ll end up becoming more vulnerable in so many ways.