How to keep your bugout location secure 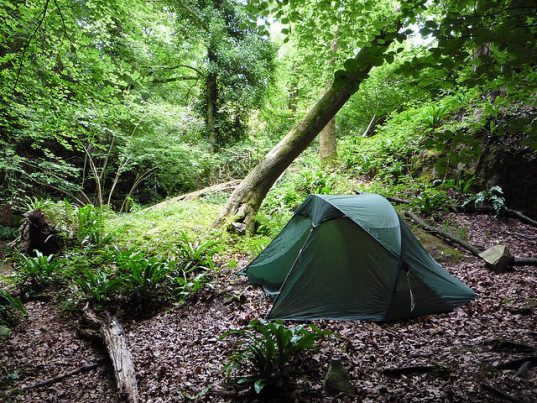 (Bugout.news) Many preppers and survivalist-minded folks have decided they will bugout to a secure location in case of a national emergency. And while that plan may not be for everyone, there are some things to keep in mind before SHTF if in fact you’re someone who has chosen to get out while the getting is good.

Your first priority in choosing and stocking a bugout location ought to be security, obviously, but by security we also mean keeping it secure before an emergency. The last thing you want if you have to actually bugout someday is to roll up on your site only to find it has already been “occupied” (though you ought to have a Plan B, C and even a Plan D, realistically).

With this in mind, then, here are some things you should do to prevent your primary bugout site from being compromised at the very moment you need it most:

— Silence is golden: During World War II there was a saying that went, “Loose Lips Sink Ships.” What it meant was, openly discussing military movements in public, including when troop- and supply ships were leaving port for the European and Asian theaters in public ran the risk of German, Italian or Japanese spies overhearing the conversation and reporting such movements to their superiors.

Your bugout location will be its most secure the less anyone knows about it, and – sadly – that includes your friends. When the situation gets tough, people you thought were good or even best friends will become desperate, especially if they haven’t done nearly as much preparing as you have for emergencies. So don’t talk to anyone about where you’re going or what you’re doing to prepare. Even before you bugout, you are in danger of being compromised by a desperate friend or neighbor who has decided the best way to cope with the emergency is to take your stuff by force.

— Keep a low profile: No matter where your bugout location is, someone is likely close by, just by virtue of having the same road or trail access you do. Even if you’ve done good recon of your chosen bugout site and you know there isn’t anyone around permanently, you should nevertheless always assume that you may be under observation or that someone will inadvertently stumble upon you.

Go about your preparations deliberately but as discreetly as possible, so as not to attract unwanted attention. Here’s a suggestion as well: If you can find a cave or an underground dwelling so as to reduce your heat signature to government satellites, drones and other infrared devices that may be used by potential adversaries, the better off you’ll be.

— Use cash when you can: Most of our purchases today are monitored because we generally just swipe a card when we buy things, and too often that includes our prepping supplies. Don’t assume that just because there is a national emergency that some government operative somewhere isn’t checking a database for use against people like us, because there will be. Using cash hides purchasers’ identities because it is completely anonymous (which is one reason why governments want essentially ban cash altogether and make every purchase very personal).

It’s harder to do this when you have to order something online, but it’s not impossible to do so anonymously, with prepaid debit cards (though your purchases will be shipped to a physical address, identifying you, so that’s something to consider as well). Here’s a good article on this angle.

Another way to prep using traceable means is to make your purchases over a longer period of time. If you buy $15-$20 of storable food and water every week or so to stockpile, those purchases won’t really go noticed. Also, a one-time purchase of long-term storable foods in the present won’t necessarily set off red flags in a government database, either.

— Be a minimalist: Wherever you decide to bugout, don’t bring attention to the area by making major changes to it. Try to blend in by clearing as little land as possible and avoid bringing in any equipment or gear that looks out of place (like installing a big antenna or changing the physical features of the landscape).

Anything that will grab the attention of a passerby will endanger you and your group, so a minimalist approach to your bugout location is best.

— Keep your eyes open: Whenever you are working at your location or bring in supplies to stock it, try to bring a trusted friend (someone who will be bugging out with you) or friends who will keep watch for all of you. You never want to be surprised by anyone walking up on you. Also, if you spot activity nearby, that may be an indication that your bugout location isn’t the best after all.

Keeping your bugout location secure before you need it is vital to your long-term survival in an emergency situation. Don’t talk about it to anyone, don’t let anyone see you come and go if you can help it, and always keep a low profile when you’re on site.