Study finds ‘stand your ground’ laws in states increase death rates – but isn’t that because they are working as planned? 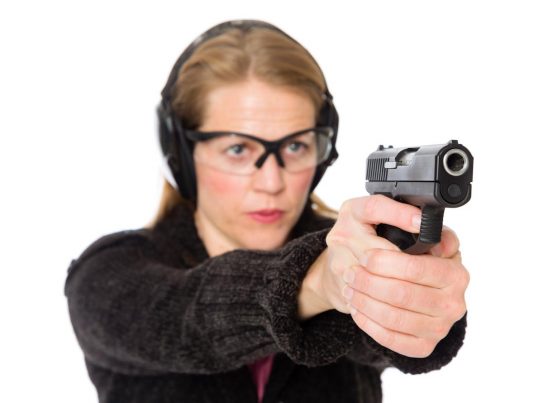 (Bugout.news) A new study of “stand your ground” laws in states where lawmakers have determined you shouldn’t have to “retreat” first before being allowed to defend yourself in life-threatening situations found that there was a small uptick in death rates in some of those states.

Perhaps. Maybe just a little bit. They think. But if that is the case, it probably isn’t a bad thing.

First the data. From The Wall Street Journal:

Florida’s controversial “stand your ground” law was associated with a sharp increase in killings in the state, according to a new study whose lead author said he hoped it would prompt lawmakers to re-examine the impact of the law and consider changing it.

But some researchers questioned the suggestion in the study—which was published this month in JAMA Internal Medicine, a top medical journal—of a link between the homicide rate increase and the Florida self-defense law. Previous research on “stand your ground” laws have produced varying results.

So which is it? Later in the story we still weren’t sure:

The CDC—which defines homicide as one person causing the death of another with intentional force but not necessarily an intent to kill—recorded 964 homicides in Florida in 1999 and 1,158 homicides in 2014, the most recent data available.

Overall, violent crime in Florida, a category that includes assault and rape in addition to homicide, declined consistently during that period, according to the Florida Department of Law Enforcement.

Mark Gius, an economics professor at Quinnipiac University who has researched “stand your ground” laws, said the study overlooked other potential reasons for a swing in homicide rates.

Mr. Gius analyzed crime data collected by the Federal Bureau of Investigation and found no relationship between the enactment of “stand your ground laws” and either homicide or firearm homicide, in a study published earlier this year in the Social Science Journal.

Evaluations of “stand your ground” laws in Arizona and Texas found no statistically significant impact on homicide. But a 2013 academic study that compared 20 “stand your ground” states with states where the duty to retreat still exists found an 8% increase in homicide associated with the laws.

Okay, so after all of this about the only thing we can deduce from this is that stand-your-ground laws might have led to a few more deaths, overall, in some states where it is legal to defend yourself anywhere. But there is no data suggesting that homicides with firearms are up, meaning such laws are likely producing more deaths for the very reason why they were passed – to allow Americans full use of their Second Amendment right to self-defense, anywhere in their states.

And honestly, that’s a good thing. People should not have to “retreat” first in the face of deadly threats – as Americans, we should be free to exercise our right to self-defense using a firearm anywhere and everywhere, all the time.

That appears to be what is going on in these states. Anytime a decent, innocent person can defend himself or herself against a life-threatening situation, we applaud it.