When society collapses, you are far more likely to be killed by disease than by human violence 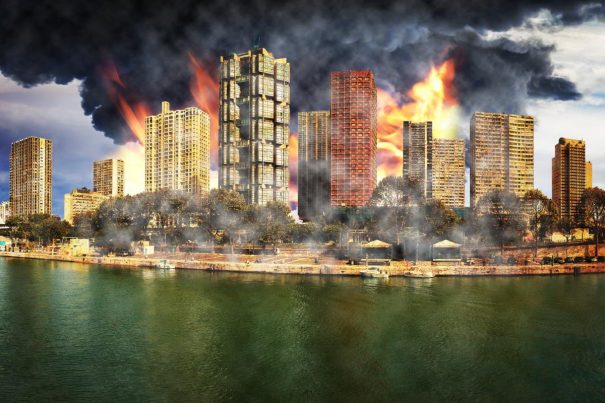 In a societal collapse, about which Natural News founder Mike Adams has discussed in several essays, the conventional wisdom in some quarters is that looters and other violent bandits pose the primary threat to law-abiding citizens.

It could even be like the criminal shakedown enterprise run by the villainous Negan (the dude carrying around the barbed-wired-covered baseball bat) and his band of thugs known as the Saviors as portrayed on The Walking Dead zombie apocalypse TV show.

According to the colorfully named SHFT plan website, physical violence is a second-tier concern in a mass social chaos situation, however, which may or may not be reassuring or less depressing. “During the most tumultuous times in human history, it wasn’t violence that killed the most people, but disease and starvation.”

With that in mind, here are the nightmarish ways you are most likely going to die miserably if or when society comes apart at the seams, as originally detailed by Joshua Krause for ReadyNutrition.com.

In other words, “So before you blow your entire prepping budget on guns and body armor, consider some of the many unglorified ways that the collapse of society could cut you down,” Krause advises.

So what’s a prepper, or even a would-be prepper, to do? (Related:(RELATED: Read about more prepping at OffGrid.news.)

“Prepping to prevent disease and infection is a lost less intimidating, and a lot more affordable than preparing to face-off against your fellow-man. In fact, it’s as simple as stocking up on very general supplies that you should be accumulating anyway. Having plenty of food, toiletries, basic medical supplies, and water purification tools, will go a long way toward keeping you safe from the ravages of disease,” Krause recommends.

In a related issue, Mike Adams has warned that the current, safe-spaced-out generation snowflake, in particular, is incapable of surviving a collapse of civilization, given a lack of real-world skills, physical stamina, or mental fortitude. Presumably, the country’s older cohorts will prove to be more resourceful in a crisis scenario that hopefully will never happen. No one knows for sure how he or she would react amidst a societal breakdown, but Adams argues that those who live in the country are more equipped with the skills and instincts to overcome a catastrophe.

Separately, if you need to get out of Dodge when everything hits the fan, your bug-out bag as it is often called, should include — in addition the supplies alluded to above — some basic documents and records to enable you to rebuild your life once the dust settles, as Natural News has explained.