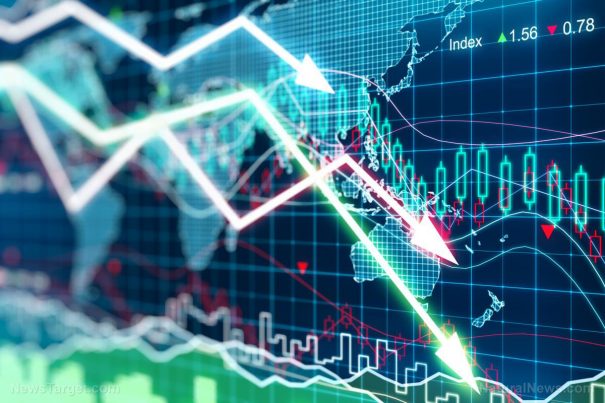 As our world accelerates toward nuclear war, global debt collapse and widespread civil unrest, nearly everyone foolishly holds their assets in electronic form, somehow believing that banks, governments and fiat currencies will magically hold value as the world falls apart.

Wise people understand that only REAL assets will survive the next great collapse… and those assets don’t include electronic savings accounts held in a fiat currency (U.S. dollars) electronically recorded in a bank that’s also likely to fail because it’s backed by an insolvent government.

To help the wise get prepared, Collapse.news has published this comprehensive list of REAL assets that hold their value through cataclysmic events such as nuclear war, market crashes, global debt collapse, widespread civil unrest and even political revolutions.

The sordid history of financial collapse throughout the world shows that when currencies fail, holders of that currency — whether in checking accounts, savings accounts or cash — often lose 90% of the real value of that currency (and sometimes even 100%).

When currencies fail, governments usually mandate a “currency exchange” where the old currency is replaced by the new currency at an exchange rate that siphons off 90% or more of the actual purchasing power from the individual. Citizens are left with their life savings wiped out, often devastated and destroyed by the same government that always promised it would save them from precisely such a financial catastrophe. Currency failures have taken place with astonishing regularity throughout world history, striking Rome, China, Germany, France, Thailand, Brazil, Mexico, Spain, Italy, Hungary, Japan, Russia, Austria, Ukraine, the Netherlands, Argentina, Ecuador, Zimbabwe and even the early U.S. colonies. See a brief history at Daily Reckoning.

Excluding the early paper currencies of China up until the 15th century and the majority of paper currencies that existed in China until 1935, there are 609 currencies no longer in circulation. Of these, at least 153 were destroyed as a result of hyperinflation caused by over-issuance. The remainder were revalued, destroyed by military occupation/liberation, renamed for political reasons, or were converted to another currency. The median age for these currencies is only seventeen years.

Your government is always plotting against you to protect itself, even if it means destroying your wealth

All around the world today, citizens of various nations foolishly believe their governments aren’t plotting against them to steal their wealth in order to preserve the power of government. But those who are more wise understand that every government is willing to unleash any amount of suffering among its own citizens in order to save itself. History has shown time and time again that citizens who blindly trust government are hopelessly ignorant and almost begging to be exploited.

The list of real assets published at Collapse.news provides a way for citizens to protect themselves from dishonest governments that are already planning to confiscate their wealth in the next global wave of government bankruptcies and currency collapse. Although no one can accurately predict the timing, the U.S. dollar will inevitably collapse… probably not long after China announces a new gold-backed currency to function as a world reserve currency. At that point, the U.S. dollar will revert to a domestic currency which will very rapidly implode through domestic monetary debasement (the only thing preventing this right now is the global reserve status of the dollar, allowing the U.S. to “export” debt to other countries by creating new money at home).

When that day comes, those who hold the real assets described in this Collapse.news article will be the ones left standing while much of the rest of the nation is thrust into sudden poverty and destitution.

When government pensions collapse, bank savings accounts vanish and the value of the dollar itself evaporates by the day, you’ll wish you had invested in these real assets that have long stood the test of time… even through the collapse of banks, kingdoms and even nations.

Click here to read the full article now at Collapse.news.