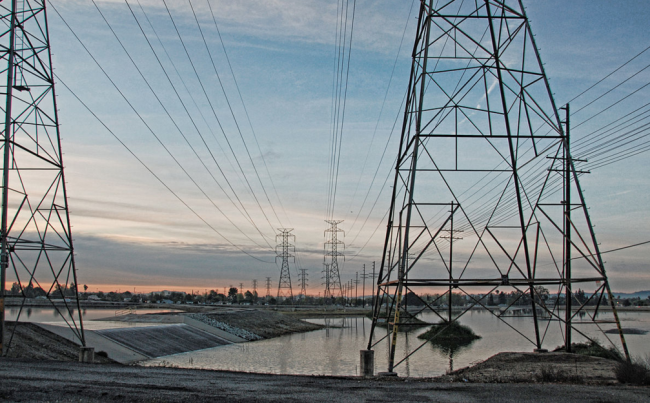 A report on Monday claiming that the North Korea may have an orbiting nuclear weapon that can destroy the U.S. power grid with a single electromagnetic pulse was enough to send tingles down the spines of millions of Americans who read the story.

As noted by Breitbart News, the head of the Task Force on National and Homeland Security, as well as the chief of staff to the Congressional EMP Commission, Dr. Peter Vincent Pry, said that Pyongyang could be secretly building the capability to take out significant portions of the U.S. power grid.

Referring to the North’s KMS 3-2 and KMS-4 earth observation satellites, the long and short of this is, the North Koreans may be attempting to reconstruct a Soviet-era nuclear missile delivery system that was mounted on orbiting satellites. (RELATED: War: North Korea preparing major EMP event aimed at U.S., says expert)

“If you wanted to win a new Korean war, one of the things you would certainly consider doing is taking out the United States homeland itself,” Pry told Breitbart Radio host Aaron Kline

Without question, attacking the U.S. power grid with an EMP weapon could inflict more far-reaching and much longer-lasting physical damage on our power grid. It would be an attack that could cripple our country in an instant and immediately plunge us into widespread social chaos and collapse.

In fact, in an earlier report Pry co-authored with former CIA Director James Woolsey, the two predicted that a major grid loss would result in a 90 percent casualty rate, in which nine-of-10 Americans would die of starvation, internal chaos and deprivation.

With that in mind, it is necessary to dust off your post-grid prepping plans to see where you stand in terms of having to deal with suddenly living in the 18th century.

Now, it wouldn’t be exactly the 18th century provided you have certain gear. Let’s look two of the most important ‘immediate concern’ issues that will directly affect your long-term viability that many people have not considered:

— Recreating power: The usefulness of a generator can be directly tied to the length of time the grid is down. For example, generators are great if we’re talking about a short-term power outage of, say, a few days to a week. But much longer than that and generators will become unsustainable. Most types use fuel – gasoline or diesel – and for many people, having a stockpile of gasoline or diesel fuel that will sustain a generator for much longer than a week or so just isn’t practical. Plus, while gasoline can last for months or even years, it very often goes bad due to environmental conditions – heat, oxygen, and humidity. The same is true for diesel fuel (though under certain conditions, it can be stored longer).

There is also the problem of noise. In a short-term power loss situation, chances are excellent that society won’t break down and you won’t have to worry about roving bands of desperate, hungry people. In a total grid-down situation that is expected to last months or even a year or two, chaos will ensue and a generator will only serve as a magnet for trouble.

A better solution for the long term is to invest in solar panels and solar-powered equipment; no matter where you are, the sun will serve as your power source. (RELATED: 10 Good Reasons To Prep Even If SHTF Never Happens)

— Food/water storage: Here, too, you have something to consider.

Many storage foods need water in order to reconstitute them, which is no big deal if your emergency won’t last long. But in a grid-down scenario, even if you have a decent supply of water stored it will go much quicker if you have to use it to make your food. Remember, humans can only live for about three days without water (much longer without food), so you’re going to have to preserve your water for as long as possible. If you have a well, that’s a different situation, but most people don’t. Also, in addition to drinking, you’ll need water for hygiene, first aid, and other uses.

A better choice for the long-term is food that is already prepared, right out of the pouch (like an MRE) or can.