Former NYPD chief: “New normal” terror attacks in Europe are coming soon to a U.S. city near you — it’s time to arm yourself 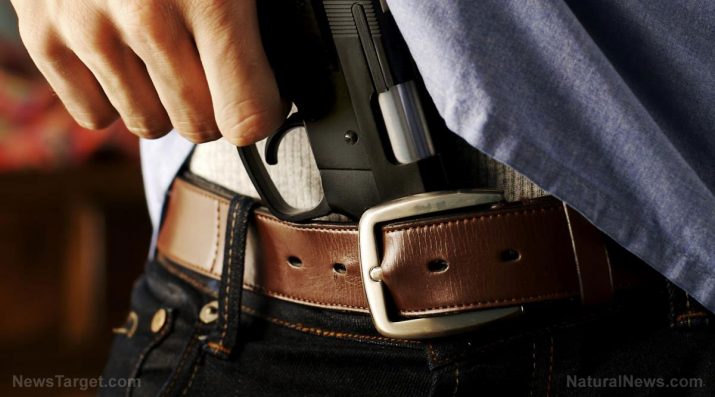 If you’re like most Americans, you’ve been watching in horror as successive terrorist attacks carried out by Islamic extremists in Europe continue to kill and maim scores of innocent people.

At first attackers in France, Britain and elsewhere used firearms and explosives to attack innocents, but in recent months Islamic-terrorists have changed tactics, likely because of crackdowns by European intelligence agencies: Now, more often than not, attacks involve the use of vehicles to mow people down.

On July 14 last year, a terrorist used a 19-ton truck to mow down scores of people in Nice, France, during that country’s Bastille Day celebration. And in Britain more recently, terrorists used bombs and vehicles to attack ‘soft targets’ — concert-goers in Manchester and pedestrians on London Bridge (ISIS warned after the Ariana Grande concert bombing in Manchester that vehicle-borne attacks would follow, by the way).

Now, a former NYPD commissioner, Bill Bratton, is warning that these “new normal” attacks in Europe will soon come to the United States.

“(European-style terror attacks are) going to be the new normal in our world,” Bratton told interviewer John Catsimatidis of “The Cats Roundtable” on AM 970 in New York City, the New York Post reported.

“The pace of terrorist attacks, certainly in Europe, has been increasing,” he said, warning: “That type of attack is quite likely to occur in the United States at some point.”

It should be noted that the New York City Police Department’s intelligence division is on par with federal intelligence agencies, both in terms of technology and talent — so the point is, Bratton, who used to command it, would know what he’s talking about in this area of concern.

“As the issue in Syria comes to closure as ISIS loses its last city in the caliphate, unfortunately, it’s like lancing a boil,” he said. “What is inside will spread around the world even more.”

Like President Donald J. Trump and tens of millions of his supporters, Bratton blamed Europe’s terrorism troubles on porous borders (and, by default, the uber-Left-wing immigration and refugee resettlement policies by EU politicians who are more afraid of being labeled bigots than being killed in their own streets).

“The open-border situation in Europe is compounding the problem,” Bratton — who twice served as NYPD commissioner (1994-1996; 2014-2016). That makes it much more difficult for immigration and security personnel in each country “to keep track of people who identify as terrorists or having terrorist leanings.”

Bratton’s prediction that these same kinds of attacks are coming to the United States is particularly noteworthy, given the American Left’s efforts to hinder Trump’s efforts to roll back refugee resettlements and turn off the spigot of humanity coming to the U.S. from hotbeds of Islamic terrorism. On Monday yet another Left-leaning federal appeals court upheld a lower court’s ruling blocking one of Trump’s two executive orders implementing travel bans to the U.S. from several countries known to harbor or support terrorist organizations. (RELATED: Americans have more to fear from Trump Derangement Syndrome than terrorism in the foreseeable future.)

But while the administration and the courts sort out the president’s lawful authority, Americans are increasingly at risk of being attacked and killed by so-called “lone-wolf” Islamic fanatics who are either coming to America or are already here.

So that means the best defense against such attacks is self-defense. Look, the fact is, as good as our police are, they can’t be everywhere at once. Plus, terrorists are trained to be in places where police aren’t. They are trained to scope out targets well in advance, to study the habits of local authorities and to observe conditions such as what time of day or night is best for an attack so as to cause maximum death and carnage. Only an armed person can mitigate such attacks, no matter what method the terrorist is using.

We’re not the only ones calling on Americans to arm up in the face of increased risk of terrorist attack. As The National Sentinel reported, a patriot sheriff in Florida, Wayne Ivey of Brevard Country, made an appeal on his Facebook page urging Americans to prepare now to defend themselves.

He noted that Americans should take their safety very seriously and become the nation’s “first line of defense.” He added: “Let me be perfectly clear, doing nothing or just hoping it won’t happen to you is not going to save your life.”