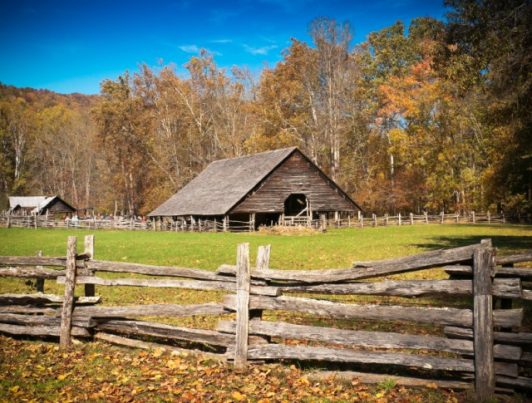 Forbes.com is quickly becoming one of the most discredited publications on the web. For 10 years, Forbes.com published the works of Henry Miller, a writer later discovered to be on Monsanto’s payroll, who published pro-Roundup propaganda for the site. Forbes currently publishes articles by Kavin Senapathy, a paid biotech operative who routinely spews hate for organic food and farming, and bashes non-GMO food activists.

Now, a Forbes writer is attacking self-reliant individuals and calling them “delusional moochers.” The writer in question, Adam Ozimek, is a senior economist in the West Chester office of Moody’s Analytics. His article, Dear Homesteaders, Self-Reliance Is a Delusion, claims that people who live in rural areas are only “mooching off of the civil society.”

The Forbes writer, who is obviously the delusional one, says he is a “big fan of shows about doomsday preppers, homesteaders, survivalists, generally people who live off the grid,” but says that “off the grid people are not self-reliant” and are only “mooching off of the civil society, government, and safety net the rest of us contribute to.”

It’s hard to take this writer seriously, for the simple fact that his knowledge of self-reliance comes solely from watching TV shows. His biggest criticism of self-reliant individuals is that they may end up seeking medical treatment they can’t afford when they become “extremely sick.” He blames such individuals for potentially needing hospital care in the future and not being able to pay for it. He assumes that when all else fails, they will seek charity care or Medicaid benefits.

One of the virtues of self-reliance is learning how not to depend on modern medicine and the medical system. An individual can quickly save tens or even hundreds of thousands of dollars on healthcare costs by simply learning how to eat better and treat themselves at home. Not to mention, learning how to take care of one’s own health saves time, energy, and mitigates the risks that come from taking side-effect ridden pharmaceuticals.

As an economist, Dr. Ozimek should be writing about all the ways in which self-reliant individuals save money on healthcare.

Instead, Dr. Ozimek stereotypes self-reliance, as if people who learn new skills are somehow separate from the rest of society and should not receive help if necessary. For some reason, he thinks that all thrifty, skillful individuals are exempt from paying property taxes, income taxes, sales taxes, gasoline taxes, and other fees when they participate in society, and therefore are not allowed to receive any services from society.

With this article, Dr. Ozimek is trying to justify his reliance on failing systems. People like him will never feel the satisfaction that comes from having practical skills, growing food, self-healing, providing or making something. As he clings to his title, he has nothing practical to offer the world. All he can do is display his narcissism, further discrediting Forbes. (Related: For more empowering information on self reliance, check out HomeSteading.News.)