Notably, Gov. Abbott did NOT confiscate firearms from victims of Hurricane Harvey (unlike the aftermath of Katrina) 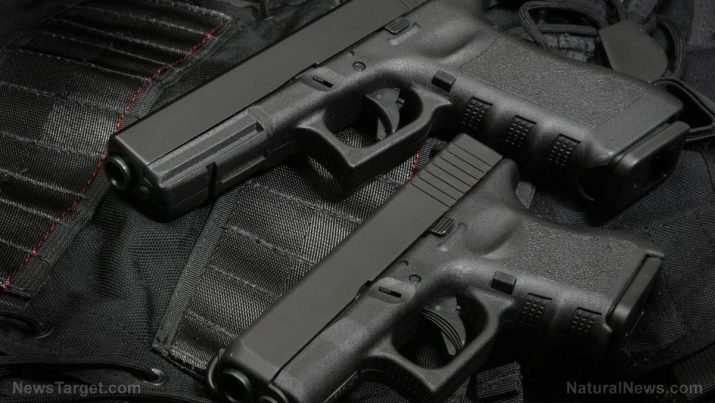 Next to the freedom of speech and the freedom of religion, the Second Amendment is easily one of the most important rights outlined in the United States Constitution. Beyond the fact that it allows us to legally purchase firearms for self-defense (which is outlawed in the vast majority of nations on earth), the Second Amendment also ensures that tyranny is challenged and liberty is maintained. Sadly, not everyone in this country embraces the Second Amendment; in fact, many are out to destroy it. But to do away with the right to bear arms, these enemies of the Constitution, often called “leftists” or “progressives,” refuse to follow the constitutional process for repealing an amendment, and instead rely on lies, rhetoric and the exploitation of national tragedies to get the job done.

In 2005, one of the worst hurricanes in American history – Hurricane Katrina – struck New Orleans with unprecedented force, taking 1,833 innocent lives and completely ruining thousands more. But the strong winds and the heavy rain were only part of the problem. In the aftermath of the storm, countless stories of looting and senseless violence began to emerge, leading one police chief to even compare post-Katrina New Orleans to Mogadishu. If nothing else, this lawlessness and chaos provided a perfect example of why the right to bear arms is so important – when people are in danger, they must be allowed to defend themselves.

Unfortunately, authorities in New Orleans at the time took a different approach. Instead of giving law-abiding citizens the ability to protect themselves, their loved ones and their property, officials called for the confiscation of all firearms from city residents, even if the guns had been legally obtained. A 2005 article that was published in the New York Times described the situation in New Orleans, stating, “Local police officers began confiscating weapons from civilians in preparation for a forced evacuation of the last holdouts still living here… Police officers and federal law enforcement agents scoured the city carrying assault rifles seeking residents who have holed up to avoid forcible eviction.”

Additionally, The Washington Post reported on how New Orleans Superintendent P. Edwin Compass made it clear that “No one will be able to be armed,” and “Guns will be taken. Only law enforcement will be allowed to have guns.” Evidently, the fact that the Second Amendment gives all United States citizens the right to bear arms and not just law enforcement was completely irrelevant to city officials at the time.

Needless to say, the gun confiscation that occurred in New Orleans back in 2005 was completely unconstitutional, and it serves as a dangerous reminder that the rise of tyranny in America is never more than a few executive orders away. Thankfully, though, not everyone is interested in exploiting tragedies to advance their political agenda.

In the aftermath of Hurricane Harvey, which struck the Texas coast and devasted the city of Houston late last month, one sheriff issued a stern warning to those who were thinking about looting stores and inciting violence.

As you can clearly see, the difference between Texas’s response to Hurricane Harvey and New Orleans’s response to Hurricane Katrina is night and day – in the former scenario, the people were essentially encouraged to defend themselves with firearms, and in the latter scenario, firearms were confiscated. If this isn’t a perfect representation of the ongoing Second Amendment debate between conservatives and liberals, then what is?