It’s OFFICIAL: We’re being invaded by illegal immigrants and what Obama has reaped, we will sow 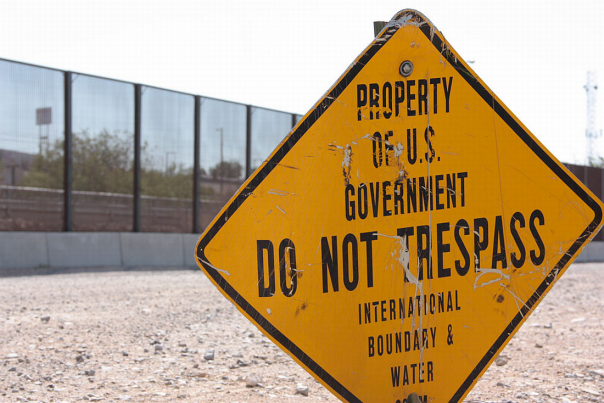 (Bugout.news) When billionaire real estate mogul Donald Trump announced his bid to become the Republican Party’s 2016 presidential nominee, he stirred up a national conversation about illegal immigration that continues to this day.

In fact, it’s entirely accurate to say that, since Trump decried the “murderers and rapists” making their way illegally into the U.S. from Mexico, Americans finally began having their first honest and open conversation about a subject that has obviously been on the minds of tens of millions of voters for ages.

We know this because the national response to Trump’s statements catapulted him to the top of nearly all GOP presidential polls instead of dooming his quest for the White House before it even began.

It’s about time that we, as a nation, have this conversation.

In the past, career politicians from both major parties have routinely avoided such frank discussion about illegal immigration. That is in large part due to their fear of being labeled something nasty by a mainstream media always ready to pounce on anyone who dares to breach the unwritten rule that any talk of illegal immigrants must be “compassionate,” ignore obvious truths and couched in the myth that unchecked open borders is always good for the country.

The result has been disastrous for the country:

— Republicans in Congress – once the party of the rule of law and of national security – have been cowed and offer no resistance whatsoever to blatant violations of immigration law and longstanding policy by President Barack Obama.

— That said, Republican-establishment types aren’t really in the mood to oppose Obama’s actions anyway, since a major party benefactor (donor) – the U.S. Chamber of Commerce – has threatened to withhold support from the party’s ultimate presidential contender if “immigration reform” (which should be known as the Unlimited Cheap Labor Act) is not part of the Republican majority’s legislative agenda, and soon.

— Obama, thus, has been empowered to essentially throw open the doors of our southwest border to virtually anyone who can run, walk or stumble into the U.S., and has done so unilaterally through executive actions, independent of America’s elected representatives in Congress.

— This is fine with most Democrats because new arrivals tend to vote for them because they are members of the Party of Big Government Handouts.

Left out of all of this has been the American people. In poll after poll, survey after survey, solid majorities oppose both Obama’s executive amnesty and continued inaction over illegal immigration; at least a plurality of voters support a time-out for legal immigration as well, so that those already here can be assimilated.

But Americans aren’t being left out anymore, thanks solely to Donald Trump. He is forcing the country’s hand in having a long-overdue, serious discussion on illegal immigration.

And let’s be frank about it: Due to Obama’s pointed refusal to allow immigration officials to enforce border security laws, our country is literally being invaded every day by hordes from the third world.

As reported recently by The Hill, record numbers of immigrants continue to pour over our southwest border:

The numbers, compiled by the U.S. Customs and Border Protection (CBP), reveal that child migration is on par with 2014 levels, when a wave of kids — thousands of them unaccompanied — arrived at the southern border.

Meanwhile, Left-wing groups on college campuses now have students brainwashed into demanding that their institutions become sanctuaries for illegal immigrants, in blatant violation of the law – while congressional leaders worry more about mundane, procedural garbage that will be meaningless in the long run if we don’t elect people who want to secure our borders.

Meanwhile, as Trump the self-anointed elite – in politics, the media and academia – very uncomfortable, he is at the same time empowering millions of Americans who have tried to be heard. Their message, like his message, is simple: They are sick and tired of being forced to witness and accept a massive invasion of third-world poor into their country – poor that abuse our laws, abuse our trust and abuse our generosity.

Not any more. Today, most immigration into the United States is carried out illegally. “Sanctuary cities” in sanctuary states act as magnets with offers of protection, free services, and other amenities once reserved for citizens only, like driver licenses and in-state college tuition rates.

And, as we have reported, vast swaths of U.S. territory are no longer safe or even under control of U.S. government, as they have been inundated with criminal gangs and drug cartels based in Mexico and Central America.

Americans may not choose Donald Trump to be their next president, but they have certainly responded to frank talk about illegal immigration and, judging by his poll numbers for the time being anyway, they are grateful that someone is finally speaking up for them.

As an aside, you’ll note that the only people who think what Trump has said about shoring up border security and deporting illegal aliens are the elite who don’t have to deal with the problem because their neighborhoods, the schools they send their kids to, and the places where they frequent aren’t being threatened or overrun. What does that tell you about their level of concern for the rest of us?